Berlin Museum Board Approves Plan to Negotiate Return of Benin 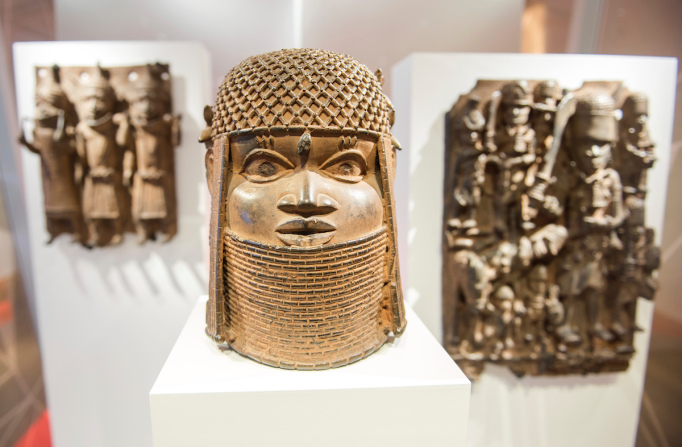 Berlin museums have cleared the final hurdle to begin negotiating for the repatriation of Benin Bronzes in their holdings, potentially allowing numerous artifacts to return to Nigeria more than a century after they were looted from the Kingdom of Benin.

The Prussian Cultural Heritage Foundation, which oversees the collections of museums in the German capital such as the Ethnological Museum of Berlin and the Neue Nationalgalerie, said on Tuesday that it had authorized the Berlin State Museums to start discussions with Nigeria about the return of these objects.

Crucially, the foundation said in its statement that the Benin Bronzes could be sent back “regardless of the circumstances” by which these works were acquired, whether on the art market or not. Such phrasing could clear the way for a full-scale repatriation of hundreds of objects.

The Benin Bronzes are a group of thousands of artifacts that were looted by British troops in 1897 as part of a bloody raid on the Kingdom of Benin (now part of Nigeria). After they were taken, they were shipped to England, where many entered the British Museum collection. Since the late 19th century, these works have been dispersed around the world, making it into the collections of institutions across the globe.

[Why the Benin Bronzes continue to generate controversy.]

There has been a push at some of these museums to repatriate theBenin Bronzes. The University of Aberdeen in Scotland said it would return its sole Benin Bronze in March. Earlier this month, the Metropolitan Museum of Art announced plans to send back two of these objects in its collection, though the museum is believed to still own around 160 or more others. But since the Berlin museums are state-run, they needed the approval of a governing body before doing so.

Hermann Parzinger, president of the Prussian Cultural Heritage Foundation, said in a statement, “With the mandate of the Board of Trustees, we can now agree on concrete steps and a timetable with the Nigerian side in order to really get substantial returns.”

Parzinger’s statement left open one question, however—that of how, or whether, the Benin Bronzes would be presented at the newly inaugurated Humboldt Forum museum in Berlin. He described that issue as one of “great concern” among Nigerians that would be discussed at the board’s next meeting.